The McLaren P1 - The Nimble Storage of the Motor Industry 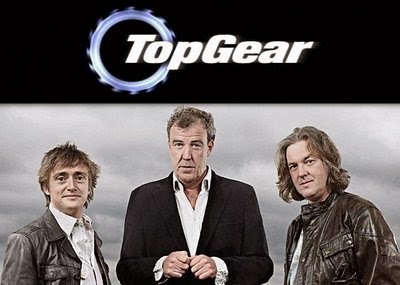 I’m quite a fan of the UK BBC TV series Top Gear. I’m not a massive “petrol head” yet I enjoy the show's car related features, celebrity banter & the often humiliation of James May.

So I sat down on Sunday night to watch the latest episode and the main feature for the show was based on McLaren’s new road car - called the P1.

Jeremy Clarkson was the lucky sod that was assigned (probably more like jumped at) the chance to review the P1 on the mean streets of Belgium. And he couldn’t stop coo’ing about it! I’ve littered this blog post with his quotes from the show…

"Now, what is the P1" I hear you ask, "and what has it got to do with enterprise storage?!"

Well - the McLaren P1 is a HYBRID car; powered by Electric and Petrol (or Gas if you’re American), yet it produces 903 horsepower and can achieve 0-60mph in under 2.8 seconds.... and 0-120mph takes 6.8 seconds. In fact it hits 120mph in the same time it takes a Golf GTI to hit 60mph! It also can cruise around in electric-only mode should you wish, or happily sit on a motorway at 70-80mph in hybrid mode and be economical. But when performance is required, it can adjust on the fly and deliver raw power to whatsoever needed.

“Oh, they should have called this the widowmaker!"

This is not the standard type of hybrid car you and I know e.g. a Toyota Prius (yuk!). This is a redesigned-from-the-ground-up “hypercar” that uses electric technology to ENHANCE the internal combustion engine performance whilst taking advantage of aerodynamics to force airflow for better centre of gravity whilst going at various speeds… so using new technology as an enhancement to legacy, well known gear to produce something phenomenal.

Of course the key to all of this is “redesign”. If McLaren (or indeed Ford, VW, GM etc) were to try and do this to any of their current flock of road cars they sell today it would frankly fail, mostly because they are based on the Internal Combustion Engine alone would not have the ability to harness the great things of electric in the best way possible. This is what we in vendor land call “bolt-on solutions”; someone offering a hot piece of tech on top of their legacy systems in order to try and capture some of the market.

This whole analogy is a very familiar story that we at Nimble Storage have been saying for the last 3-4 years with enterprise storage. Current storage manufacturers are pushing their wares to customers based on legacy technology of disk, RAID sets, single-core CPUs, single threaded OS’s, with high service cost to put it all together. These guys are the storage equivalent of selling the Internal Combustion Engine - few tweaks can be made to the system for a bit more efficiency, but ultimately have engineering challenges that cannot overcome without a full redesign.

It’s also possible to go the storage equivalent of fully electric with Flash-Only Arrays, who promise massive reductions in power and a ridiculous increases in performance. However those guys have the same challenges as Electric cars - which are typically very early generation immature systems with few enterprise software features that we would expect on today’s gear at a relatively high cost to procure.

Everyone has different needs, of course, but I know I could not invest in an electric car to do 15000 miles a year as I do today in my current diesel based motor... although I may in 10-15 years when it makes more sense and becomes more cost effective, but I wouldn't be willing to compromise on features I deem mandatory such as iPhone integration, sat nav, heated seats, cruise control etc etc etc.

Full electric certainly has it's use cases but they are very much a niche 1% of the market (mostly adopted by inner city taxi drivers i've observed - but i digress) which is why most manufacturers are not diving head first into releasing a full fleet of electric only models. And the same could be argued for Flash-Only systems in an enterprise environment for 99% of data storage requirements (regardless of what the very well put marketing says!).

Which leads us back to Hybrid offerings of both cars and storage. These are offered from the legacy vendors as a bolt-on to their current platforms (think GM/IBM, Ford/Dell, VW/HP) or offered from companies such as McLaren/Nimble Storage with a redesigned, from the ground up solution (with a brand new file system in our case!) which allows us to use the cool things around today (e.g. MLC Flash, lots of DRAM & NVRAM and multi-core Intel CPUs) to enhance our internal combustion engine (RAID 6 7.2K NL-SAS) but with some cool redesigned secret source called CASL to get the best of both worlds that our competitors cannot achieve - meaning you can potter about at 30mph, cruise at 70mph but if big demanding workloads come along at 200mph we can easily deliver & cope with the requirements.

“…and what I find hysterical is that McLaren has taken this hybrid technology which is designed to reduce the impact of the internal combustion engine…. and is using it to INCREASE the impact. It’s like weaponising a wind farm”.

One area to break the comparison with the P1 is the features and functionality. The P1 was designed to be incredibly light and agile - Clarkson even stated it “was designed to be as fat as Iggy Pop”, which makes it economical and fast.

With Nimble we’ve managed to optimise ourselves to be as mindblowingly fast as we need to be (60,000 IOPS is normally fast enough for most enterprise environments) but we’ve also built a robust enterprise feature set of data protection and application integration that most of the traditional vendors would be proud to have of. All wrapped up in our big-data analytics engine called Infosight for true cloud based, proactive monitoring and support.

“For years, cars have all been basically the same, but this really isn’t. It’s a game changer; genuinely a new chapter in the history of motoring”.

Could not have put it better myself.
Posted by Nick Dyer at 16:43 1 comment:

One recent Nimble Storage upgrade feature you may have missed recently is the ability to add bigger SSD drives into our starter array (the CS210). Originally this system shipped with 8x 1TB 7.2K drives & 2x 80GB SSDs primarily designed for the SMB market (or ROBO/DR/UAT environments) - and this system could not be upgraded.

From using our Infosight deep data analytics engine we’ve detected that quite a few CS210 systems are being used for more than what was originally scoped for the use case - some of my customers are using these modest arrays for VDI, SQL, Exchange, Oracle - the list goes on. Check out the screenshot below from one of my customers Infosight to see what I mean…

So, starting from Nimble OS 1.4.8 and 2.0.5 we now fully support live upgrading the SSDs to two bigger configurations:


I recently upgraded my >2 year old CS210 to the new -X4 configuration.

Here are the steps I took:

2. For both the -X2 and the -X4 upgrades, the new drives are to be fitted in drive bays 7 and 10 only, starting with drive 7.
3. Next I had to remove the two 80GB SSDs to replace them with new 160GB SSDs. This is an online process and does not need any downtime for the array or your servers, nor does it require RAID rebuild times (as there is no RAID on the SSDs) - although you may want to space out removing both drives in a production environment as the array will have to recache any data that was on the removed drive. I started with bay 8, and then finally bay 9.
4. That’s it - my whole upgrade was complete. You can now see I have all four new SSDs (denoted by the new green Nimble Storage logo) alongside my old blue blanking plates & 7.2K drives!

Also note the GUI has updated automatically from CS210 to CS210-X4, with a total cache of approximately 600GB usable.

This upgrade is available NOW from Nimble Storage. If you’re not sure if you need an upgrade head to Infosight! It’s an amazing tool which gives you great information about many things, but in this case pinpoints CPU and cache usage & potential upgrade benefits.
Posted by Nick Dyer at 10:15 5 comments: